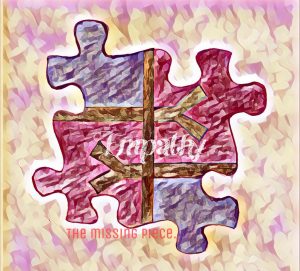 Love, Peace, and Truth is Found in Unity

Question everything, find answers, and share the human experience. Together.

When you think about it, time is heavy. Time can be sad. Like depressingly sad. Maybe it’s when you’re looking at pictures of “better times” where everyone seems to be happier than they are (and you seem to be) now. Maybe it’s a brief life reflection with or without loved ones or a conversation that references a point in time, an event, or life process. You might find yourself recalling a personally historical vacation, or even worse: You recall a recent vacation that you passionately looked forward to, and then it flew by, and then it was back to work. Just like that. Not good at all, no way Jose, unless you happen to be someone who doesn’t think a lot about life and every aspect of it or is simply disciplined to remain in the moment (and if that’s you, I’m jealous). Anyway, time “flies by” as they say, sometimes when you’re having fun and sometimes when you’re not. But what it does do is remind us of life and reality and, well, what it simply means to exist.

If you cross paths with me every once in a while, or maybe talk to me regularly, chances are that you’ve realized I spend a great deal of time in my head. Sometimes it’s for the betterment of myself, my actions, and my interactions, but as my wife frequently points out, most of the time the process tends to be more of a burden, especially for the people who love me and have to ride that roller coaster with me. From my very limited perspective, I’ll admit it’s a two-edged sword—like most priceless things are. But for now, let’s focus on how that time spent in my head has brought with it a heavy but very meaningful perspective of time.

I thought about talking about the symbolism of Father Time (originating as the mythological Cronus/Chronos), the symbolism of the scythe and all that nerdy cool info, but I think it safe just to review time from a scientific perspective. Most of us have just enough knowledge about Einstein’s theory of Relativity and understand it most basically as the understanding that time is simply relative to the observer. Even though a clock will measure time absolutely and consistently, the rate of movement, distance, and perspective tend to alter time based on perspective and place in that space-time continuum. Scientific studies further suggest that how we perceive time passing depends also in part on what we are doing and what neuro-chemical processes are taking place within our brains when we are doing it. In super layman’s terms, time is relative to our experiences. What is absolute about time is that it’s forever moving forward, and we all know where it goes and to what it leads from a physical perspective.

The Japanese have this saying: Mono No Aware. The concept in the simplest terms is this: As conscious beings, we are aware of the tangible moment passing into the intangible past, and in each moment there is an aspect of beauty or uniqueness that life offers us. What’s even more intricate about Mono No Aware is that the conscious mind comprehends that the very beauty in the moment is so very temporary, and it’s the perceiver’s job to cherish it. It’s possible the ancient Japanese philosophers came up with this idea when they watched the cherry trees blossom, flourish, and then fall away. Likewise, as an avid cyclist, I’ve watched many seasons come and go where the landscape and wildlife comes and goes with them. As the result, this constant transformation of nature has become a part of my own awareness and understanding of Mono No Aware.

There’s also the age-old concept of Memento Mori. Just picture Shakespeare’s character, Hamlet, holding a skull and soliloquizing “To be or not to be, that is the question.” Whether you’re a Shakespeare buff or not, with a little bit of context, you can conclude that among other things Hamlet was contemplating his mortality. And that is the essence of Memento Mori. It literally means to “look upon your death.” Ok, so that sounds pretty dark, but it, too, in its historical context, was once very important to people, whether settlers in a New World or those barely surviving the reaches of Plague. Why it’s not so much a popular meditation nowadays is a question we’ll explore in another writing, but for now, consider it a tool that helps you grasp what it means to be alive.

The notorious Roman emperor Marcus Aurelius once said: “You could leave life right now. Let that determine what you do and say and think.” I like to consider this meditation daily as one that helps me in each moment identify what’s worth focusing on and thinking about. When we embrace time as something that holds a gift for us that might also carry us into the future, even if it’s just a good memory that lifts us up and carries us through a difficult moment, then time itself becomes a tool for our lives and a method for measuring goodness. But we cannot afford to envy the past, and we especially waste what time we have if we stay there.

Whether it’s your child growing older, your body changing with age, or any external change to the world around you as the result of perceived time, one aspect we can all benefit from is that time can be an enemy or a friend. It can be the Grim Reaper ominously wielding the scythe, the coming doomsday and judgment where you will be condemned or punished for some reason, or it can be the light beam that life travels on, the memories that make us who we are, and the lessons we carry for the rest of our lives, hopefully to benefit the lives of those around us. Ultimately, time and the awareness it brings helps us build stronger conscious existences and better understandings of love and what really matters in this thing called life.

This site uses Akismet to reduce spam. Learn how your comment data is processed.